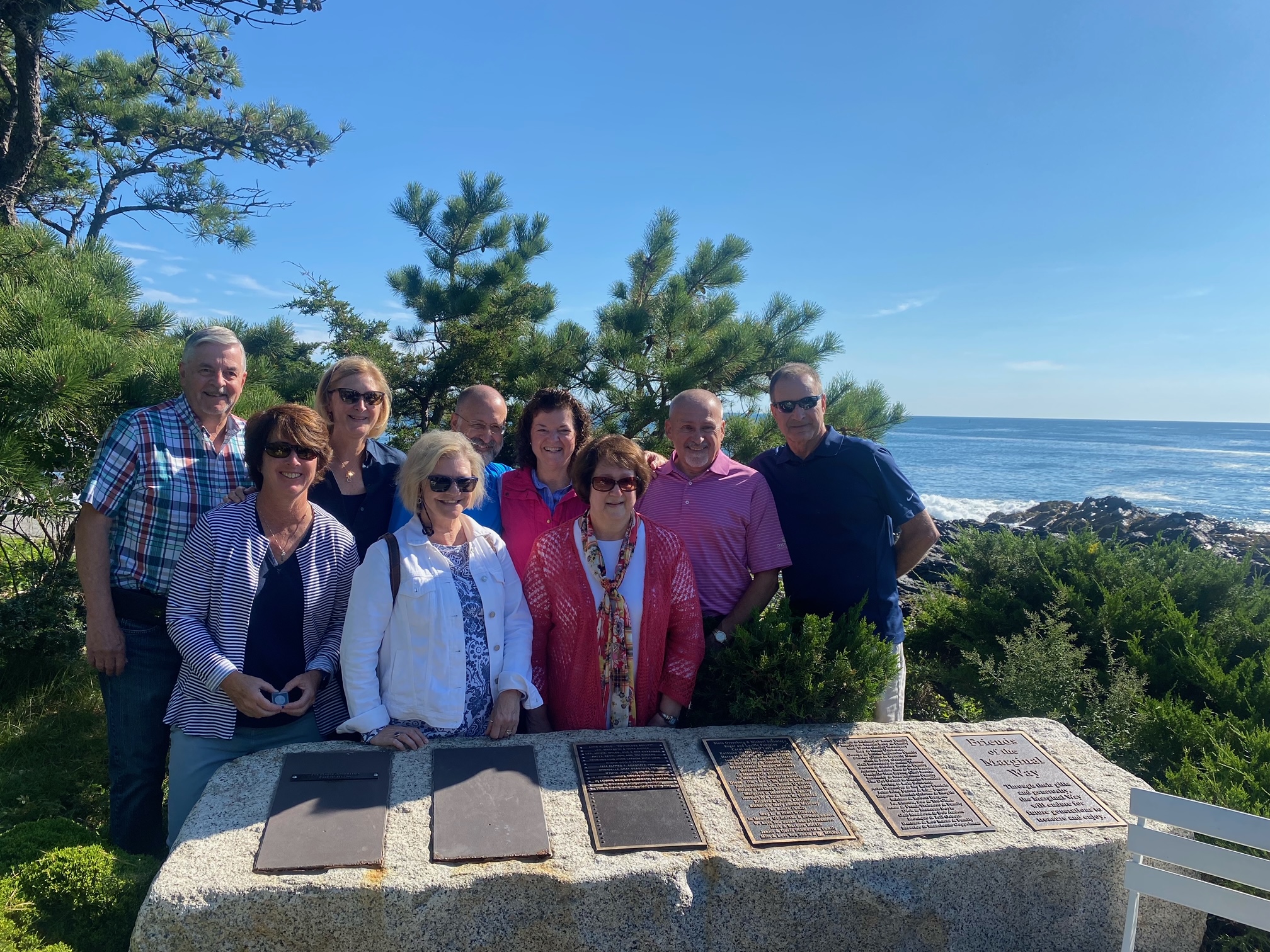 On September 11th, 2021, the Marginal Way Preservation Fund celebrated the official naming of the Plaque Memorial Site along the Marginal Way, Serenity Point, and the installment of completed Plaque Four with a special ribbon-cutting ceremony for the newly named site. The Marginal Way Preservation Fund Board of Directors, local Town officials, and those who so generously donated to the non-profit’s Plaque Program gathered at Serenity Point and paid their respects to those honored at the memorial site. Loyal supporter and Secretary of the Fund, Barbara O’Leary, creatively led the effort to designate such a meaningful name for this important site along the Marginal Way. The special name of Serenity Point was given to the site as it is evocative of the feeling one gets from experiencing a walk along the Way, and reminiscent of memories of loved ones whose legacies are honored along the coastal path.

During the event, saxophone player John Melisi performed a musical tribute to all the lives lost and families impacted by the September 11th tragedy. President of the Fund, Carol Leary, provided a history of the founding of the Marginal Way Preservation Fund and the importance of the non-profit’s mission to the future of the coastal path. Special recognition was given to Helen Horn and Joan Griswold in honor of their many years of service and leadership to the Marginal Way Town Committee and their commitment to the beautification and protection of the indigenous habitation along the Marginal Way. There was also an announcement of an incredible matching gift challenge opportunity for the 2021 Annual Appeal from the Stoddard Family in memory of Don and Judy Stoddard to whom the Marginal Way was very special. The dedication at Serenity Point was followed by a beautiful reception at the O’Leary’s home.

Here’s information on our plaques and how you can purchase a plaque space.