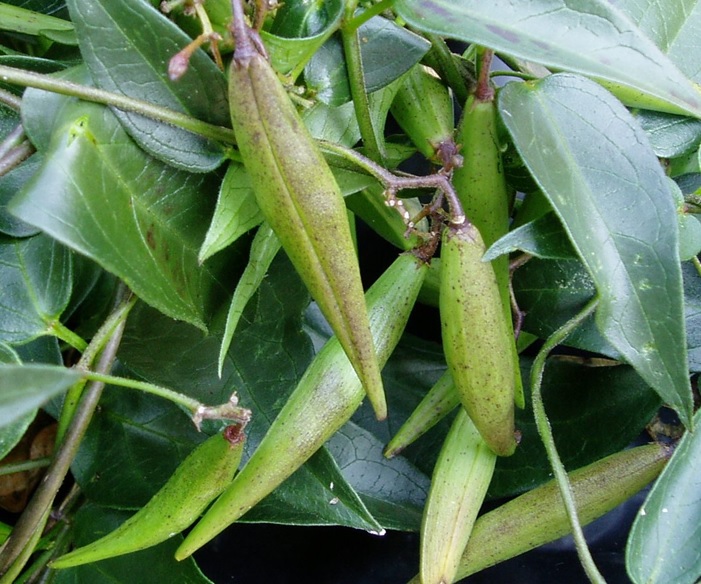 The York County Coast Star has published an article about the Marginal Way’s efforts to eliminate invasive species like the black swallow-wort which has been a difficult, ongoing challenge for the Marginal Way. The following is from that article:

Black swallow-wort (Vincetoxicum nigrum) is a particularly insidious, invasive vine that is twining its way along the Marginal Way. There are other invasive plants along the Marginal Way (and much of New England’s coast) — bittersweet and knotweed are good examples. Volunteers have been able to control these by cutting and pulling them out. Black swallow-wort (BSW) is different — various tactics have had almost no impact. According to Joan they have “cut it, dug it and used foam application of herbicide on foliage (to comply with public concerns about use of chemicals). We initiated an annual Pod Picking Day in 2011 with volunteers collecting the BSW seedpods before they open and spread into new areas. In the past six years we have removed over 5000 pounds of pods. Despite our efforts, BSW continues to spread throughout all of the vegetation along the path, as well as on the private properties that abut the MW.”

You can read the entire, interesting column here.